As you know, the price takes into account everything. This is the main tenet of Forex technical analysis. By analyzing price charts, you can build a strategy for entering, tracking a position and exiting a trade. At the same time, we must not forget about the existence of a series of events in the world arena that is directly related to the trading positions you have opened at the moment.

This is especially true for medium-term and long-term , positional traders who hold open positions for a long time – several days, weeks or months.

To a lesser extent, this applies to short-term scalpers . These strategies practically do not depend on the news background and this is one of the main advantages of this type of trading.

It is known that fundamental analysis is a complex analytical work to assess the monetary, financial, economic, political events of individual countries of the world or the world community as a whole, rumors and expectations, in order to predict the impact of these events on changes in exchange rates. Each of the factors that are assessed in the process of fundamental analysis must be carefully studied not only as a separate event, but also in combination with other events in the world space or an individual state. The same factors in different situations can turn from decisive to insignificant. Conducting high-quality analytical work that gives a positive result requires a deep knowledge of economic theory.

As we can see, fundamental analysis is so complicated that not every trader can handle it due to lack of experience, time and education. At the same time, nothing prevents us from performing elementary analysis, using only the most important factors in our assessments.

It is important to understand not only the nature of economic indicators, but also to understand the features of the economic cycles of different regions, have a regularly updated source of information and follow the general trends in the development of the world economy. In this case, the trade will be more meaningful, and the profits generated as a result of such trade will be more tangible.

The mechanism for assessing and forecasting the market is closely related to the dynamics of the six largest economic indicators. It is these indicators that can exert significant pressure on the forex market and seriously affect the further development of events. Below we will consider these indicators and talk about the features of their application.

Economic indicators are usually published by government offices or private organizations. These indicators often play an important role in the development of the situation in the foreign exchange market. Such data can be effectively used to analyze a specific region. For example, economic reports on health interventions that may complement government policies in the current survey.

In most cases, it is enough for an experienced analyst to look at economic indicators to draw a conclusion regarding the development of events in the foreign exchange market. Reports on various indicators are published at a predetermined time. These plans are available for public viewing. As a rule, they are published by various analytical companies in the form of pivot tables. Therefore, we can learn about the release of important news long before its publication. At the time of exit, the interpretation of the signals is important.

All that is required of a trader is to correctly identify quality signals that can give the market momentum from signals that are not. If, after the publication of the data, we conduct forex analysis and make sure that the economy of the country for which the data is published is in decline, then the trader should take adequate measures to manage assets in the current market conditions.

As you already understood, we should be interested in current events in the economy of a country, or in the world economy as a whole. Such important indicators as the unemployment rate, housing construction, the state of affairs in the government, can have a direct impact on the forex market. In the event that there is an upturn in the country’s economy, the demand for the national currency of this country will grow.

If a country is characterized by a high level of political instability and unemployment, if there is a high rate of inflation, then this will have a negative impact on the national currency. Some indicators may not work under certain conditions, therefore, when analyzing Forex, it is worth considering the characteristic features of the development of events when publishing various kinds of fundamental data.

Gross Domestic Product, or, as it is often called, GDP, is the most important indicator of the stability of a particular region. GDP reflects the total value of all services and goods that were produced in a particular country. As a rule, GDP data are not published often because data from many sectors are needed to generate this indicator. In some countries this indicator is published more often, in some less often. 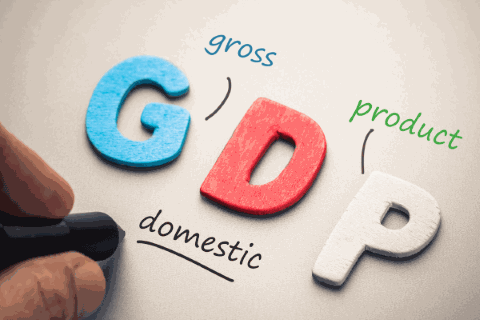 Of greater importance is the indicator, which reflects the state of affairs in the country over a longer period. In this case, we will have good statistics on goods and services that are produced in a particular region. Therefore, forex analysis in this case will be more scrupulous, but more informative.

The only feature that should be taken into account when analyzing forex according to the published data on GDP is that on the basis of this indicator it is impossible to carry out long-term forecasts of the development of the situation in the foreign exchange market, since GDP is considered a lagging indicator. This means that the indicator recorded only a certain time in the development of the economy, which cannot serve as a basis for the implementation of a forecast based on it.

Interest rates are among the main characteristics used in fundamental analysis. This characteristic allows you to find out the profitability of investing in the currency of a particular country. An increase or decrease in interest rates affects the rise or fall of the exchange rate.

By changing the rate, the Central Bank is able to regulate currency quotes, which directly affects the inflation rate, as well as the attractiveness of the currency for investors. So, for example, if the Central Bank of a country increases the interest rate, then investors become interested in the national currency, and this causes an increase in the rate. At the same time, it should be remembered that an increase in the interest rate has a negative impact on the economic situation in general, since credit funds for local companies are becoming more expensive, which prevents them from developing intensively.

The next economic factor is retail sales. This data is also very often used to analyze the forex market. The indicator reflects the level of total revenue that was received as a result of sales. Typically, retail sales data are reliable and important metrics that are expected throughout the year. This factor gives a fairly detailed idea of ​​what is happening at the moment in the country, therefore, it can be used to assess the state of the economy as a whole.

This indicator is the result of an analysis of actual production in relation to the potential of production capacity over a certain period of time. If there is an increase in this indicator, then this has a positive effect on the forex market and is considered an ideal condition for traders.

Non Farm Payrolls is one of the most important information that can determine the fate of a currency pair in the medium term. The concept of Non Farm Payrols takes into account the volume of jobs created in all sectors of the economy with the exception of the agricultural sector. 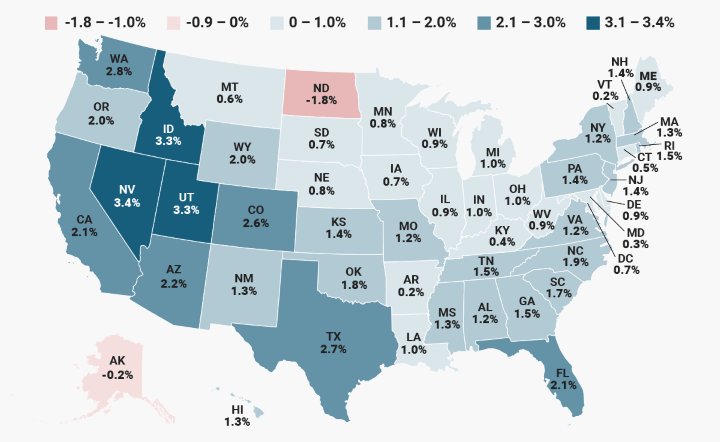 Some forex traders build their strategies based solely on the publication of this indicator.

In addition to unemployment, information about the accrued wages, the number of hours worked, and the average hourly wages are taken into account. Since the United States is the world’s leading power, data describing economic health is extremely important for traders.

Nonfarm Payrolls reports on wages and the number of additional jobs not only for the current one, but compares with the previous period. Statistics can influence both currency quotes and the cost of gold, oil, and other goods. The total non-agricultural fund of earned funds is about 79% and forms the gross domestic product.

The Consumer Price Index or CPI is the last of the most important economic indicators required for a comprehensive analysis of the foreign exchange market. The CPI is a reflection of the change in retail prices for consumer goods across 200 categories. When you carry out forex analysis on this indicator, be sure to keep in mind that the level of exports is important for this indicator, since the volume of exports can reflect the weakness or strength of the national currency.

Forex trading depends on various factors. All these factors ultimately add up to complex data reflecting various trends that are used in forecasting the forex market. Some indicators work well in isolation, and some must be used together to make accurate predictions.

Successful strategy for trading stocks during the Double Down crisis

How to identify a trend – collection of trend indicators

Successful strategy for trading stocks during the Double…

Forex Psychology: Learning to Respect the Border Between a…

10 quotes to help you immerse yourself in the trading…

Secrets of Trading Psychology – How to Develop…